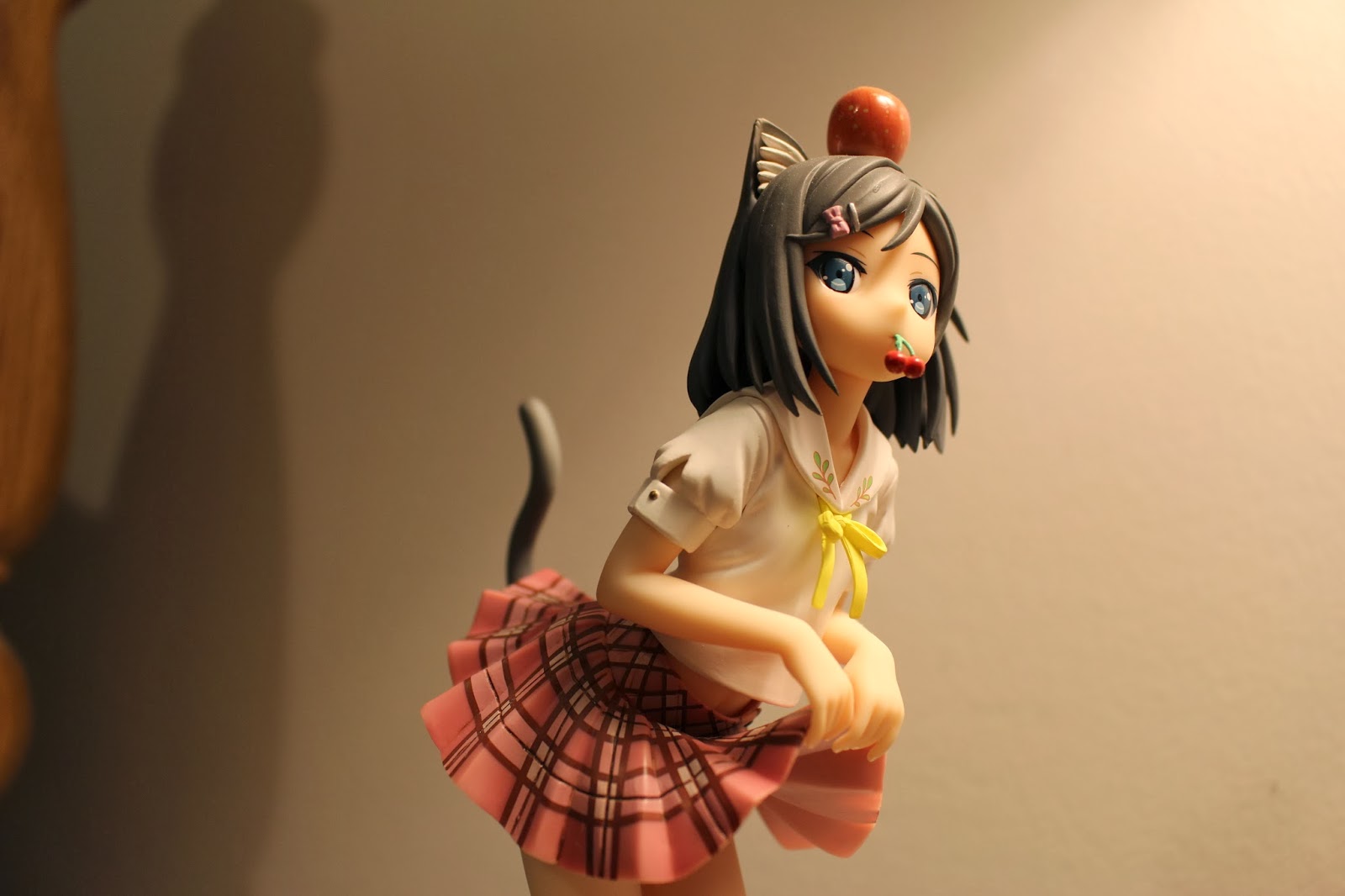 So, I have a bit of a confession to make, and it's probably a wee bit late to confess this, because the addiction has been going on for well over 10 years now.  But... I have an addiction to collecting Anime Figures.  And it's only gotten worse over the last few years, because when I first started this collecting thing, it was back around, let me think, 2002.  Back then I was a poor college student, still living at home, just getting my classes paid off and trying to work a full time job.  Later that same year I'd lose that full time job and have to switch to a part time job where I would then work my up the ladder to another full time job a few years later.  However, I digress in my story-telling here because that year as I was just finishing up college and getting my act together, I started going to anime conventions for the first time.  It was, in fact, right around this time of year (or actually a little earlier in January) that I attended Ohayocon for the first time. 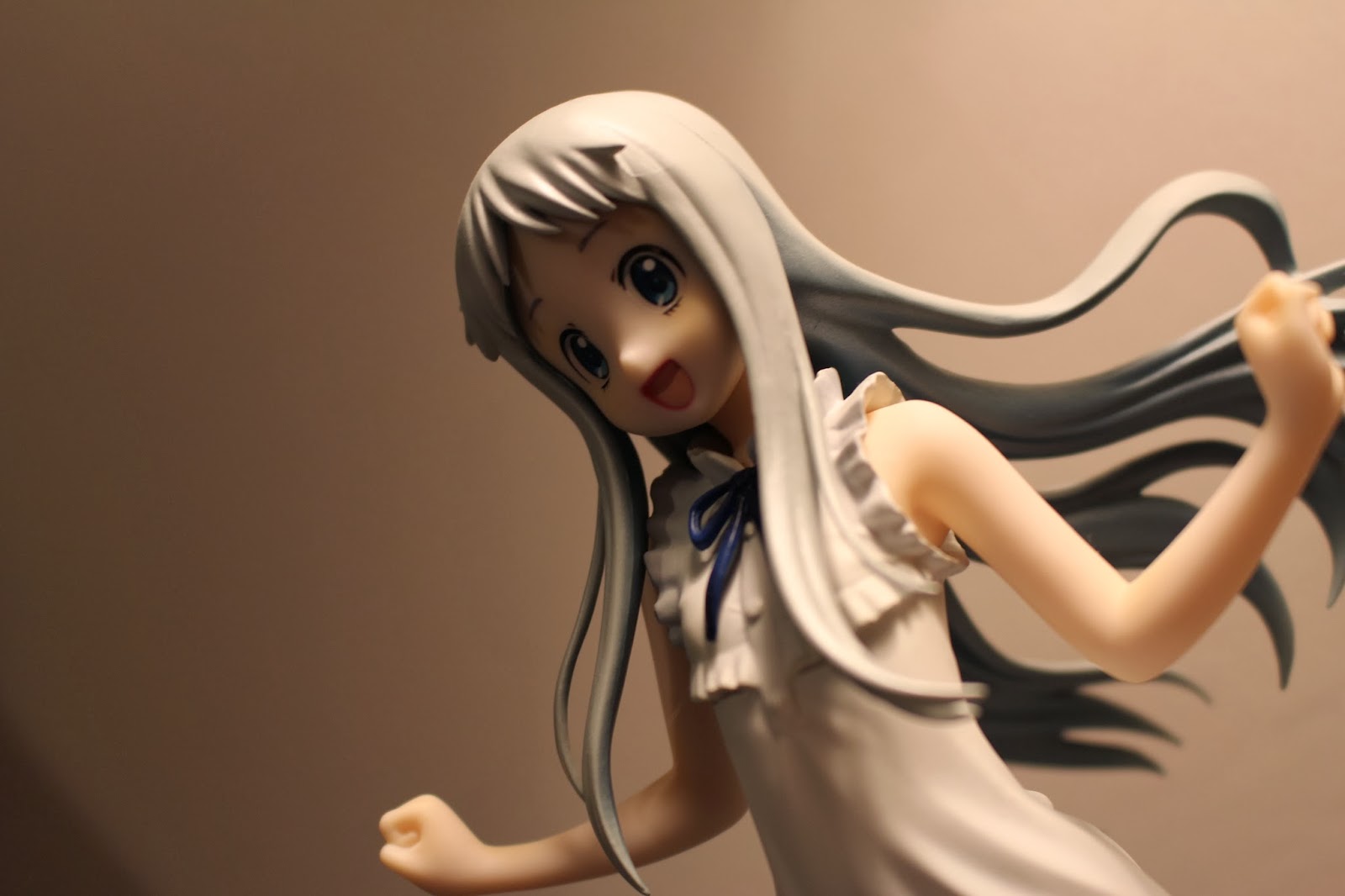 Ohayocon was an eye-opener for me because this was the first time I'd ever been where there were so many other people of the same likes as me.  I dressed up as Milly Thompson from Trigun and after registering for my badge with Wolfwood of all people - I started my hunt to take pictures of all of the Trigun characters as possible.  Of course, that meant a lot of Vash, Wolfwood, Milly and Meryl that year as it was still playing on Cartoon Network at the time.  I knew there were figures/toys of anime characters out there, but until I stepped foot into the vendor room for the first time, I had no idea what I would be getting myself into! 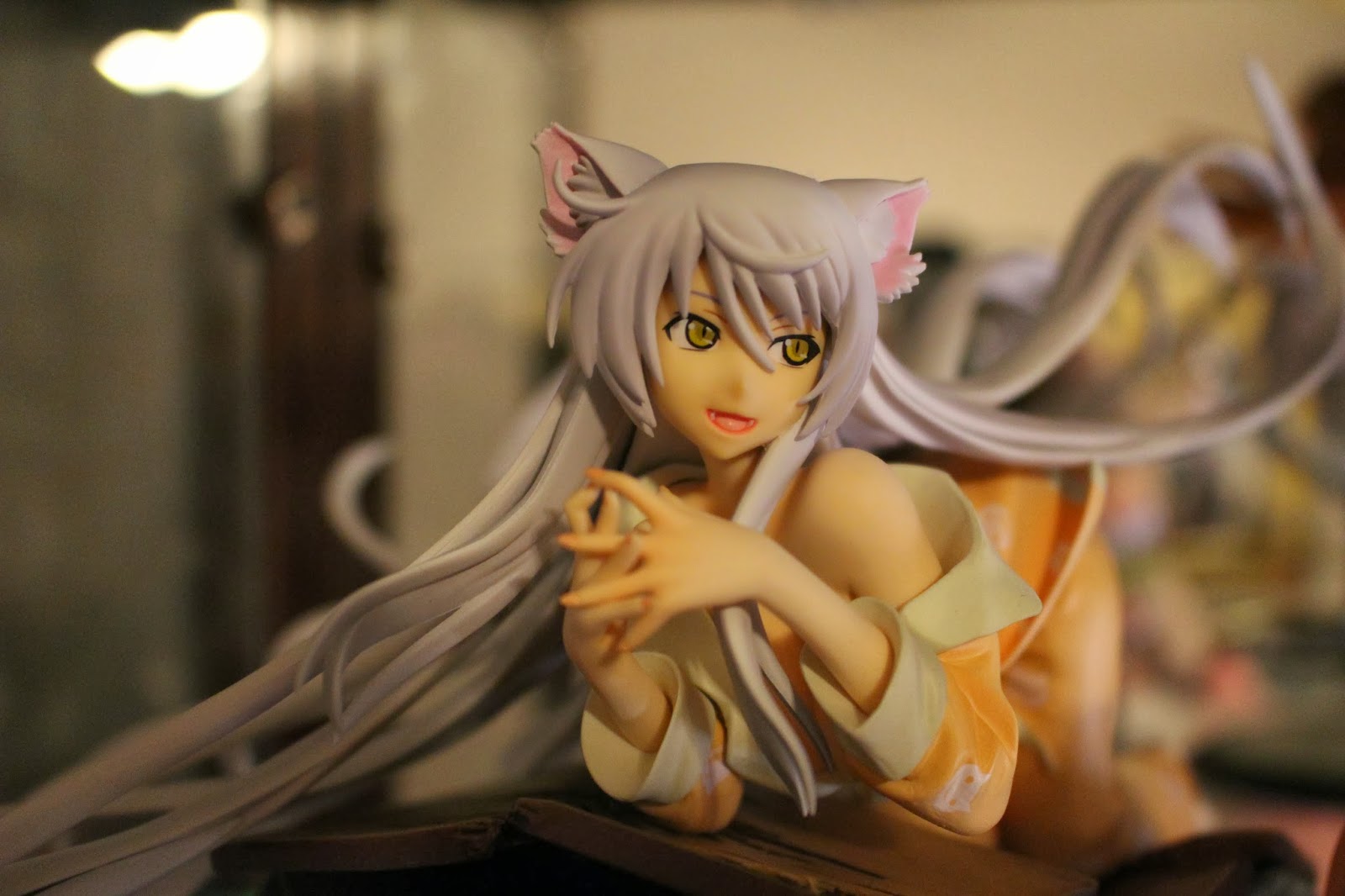 In fact, I had just stepped up to the first booth when the first vendor spotted me and held up some of the figures from Trigun and I think I'd spent $45 the first 15 minutes I'd been at the convention.  And it would be awfully hard the rest of the convention not to find myself perusing the vendors, spending money I really didn't have, because most of them didn't take credit, nor did I have much of a credit account, and I still had to have money to eat and pay for parking come two days later!  But that hooked me, and I would forever owe my fevered collecting to my love of Trigun. 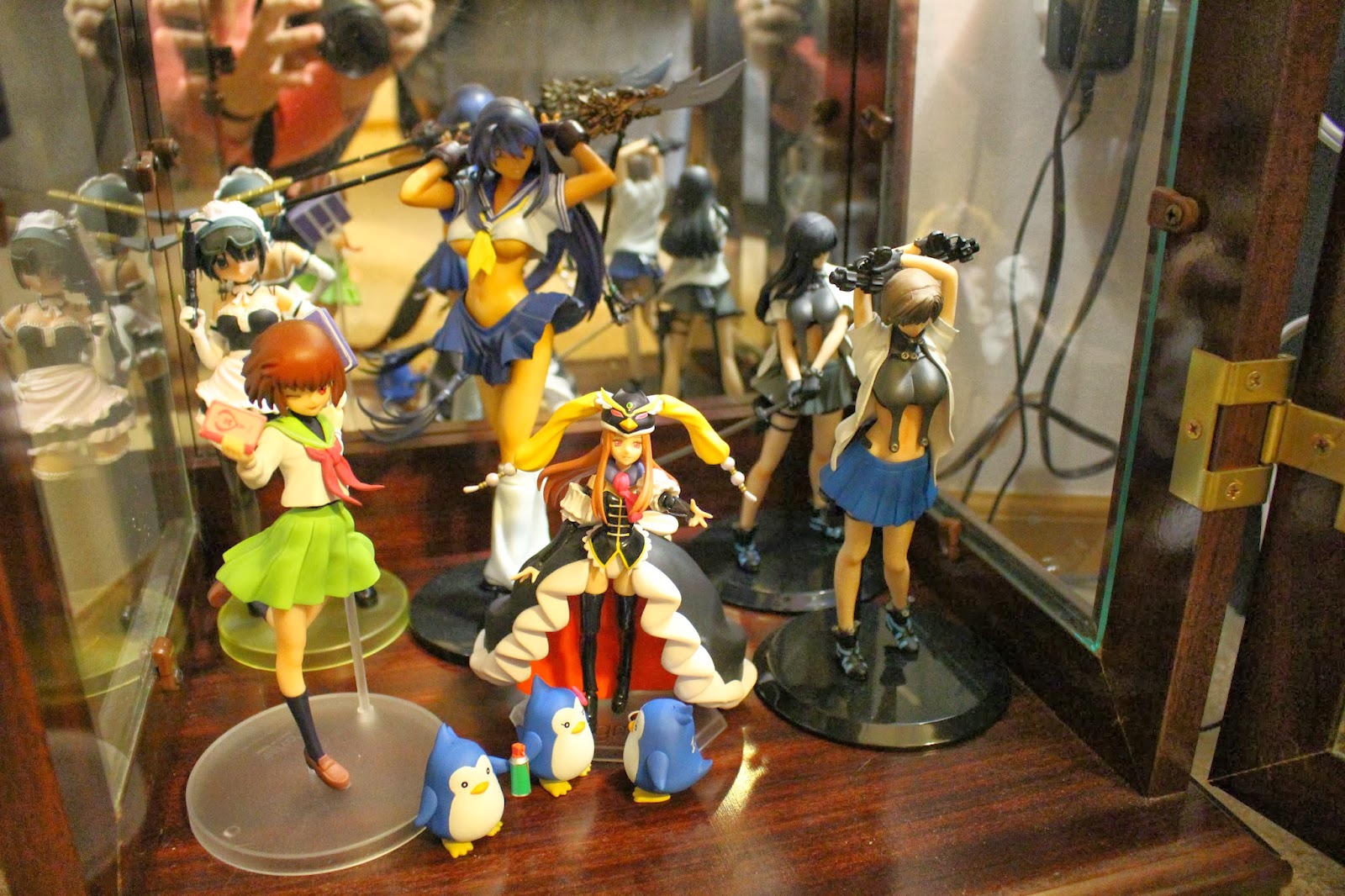 Mind you, as you're looking at all of these photos of figures in this blog, you're probably going, "but none of these are Trigun" and you're right, I haven't felt like taking more pictures of Vash and his cohorts these last few months, because, well, quite frankly the early figures were pretty terrible.  Molds didn't look proportionate, paint colors were all over the place, figures were just plain..well, bad.  It's really hard for me to look at some of these little figures that I used to stare at for hours on end, just in awe of being able to hold my favorite figure in my hand.  Of course, we're mostly talking gachapon and the other small figures that I started out with. 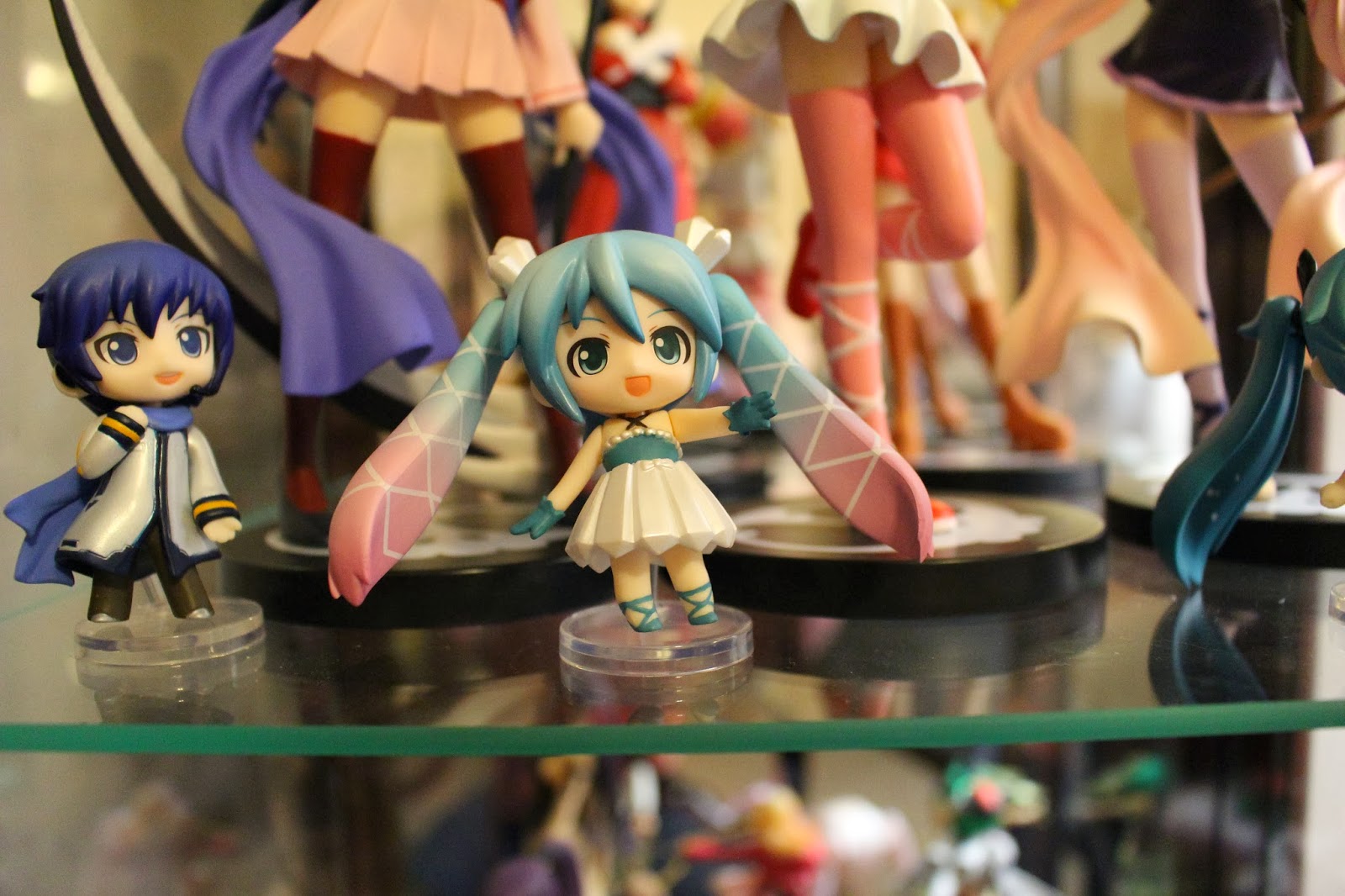 Smaller figures now, many of them are as pretty as the newer, larger, figures, because I think it comes down to companies realizing that fans will spend a bunch of money to get QUALITY, rather than quantity.  That doesn't mean there aren't a TON of Chinese knock-offs, because there ARE... a LOT.  So many, in fact, that I am loathe to pick up figures unless I can see them and their boxes, see what the quality looks like and make sure the prices seem to fit and that the molds are correct, and the packaging doesn't have suspicious markings.  That can be hard, of course, if you don't know Japanese, but usually the rule of thumb is, if it's tiny, $10-$18 is about right for prices, if it's about 9" high (Barbie doll or smaller) then $30-$60 is about right, and if it costs even more...usually you're safe.

That said, of course, it's not impossible to still run across a good deal from time to time or even for a more trained eye to run across a good knock-off.  I still have friends that get tricked because they don't know better.  And heaven knows there are a LOT of cheap figures sitting around this house because I certainly didn't know that something like that could exist.

Anyway, the anime of the figures you're looking at on this page range from "Hentai Prince & Stony Cat", "Bakemonogatari", "Penguin Drum", "AnoHana", "Vocaloid", "The World God Only Knows", "Gantz", and a few others.  The main figures are ones I personally collected rather than ones that my husband bought, because there are a few more of those too.  My favorite at the moment are from Bakemonogatari and the little mini-nendroids from Vocaloid (Miku in particular) because of the fact that I got her from a blind box set and lucked out that I got her rather than any of the other Vocaloids.  I've only just started collecting the smaller nendroids and have a few of the larger ones, but those are for another day!

Posted by Milly Thompson at 2:32 PM No comments: