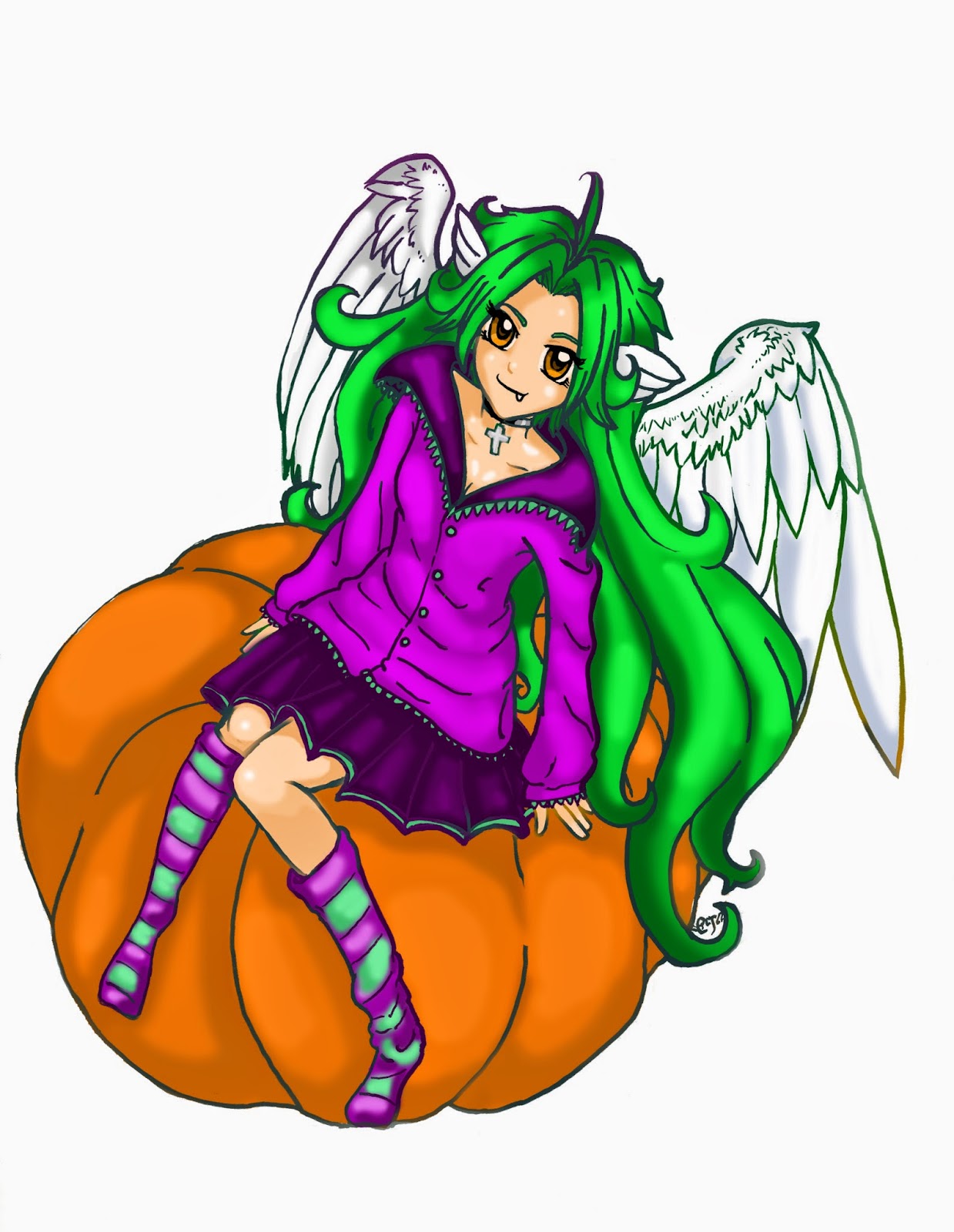 Here she is, six hours of work and as I was finishing it all up, getting ready to put final details to play, I realized that her right leg was too small.  In the original sketch you could tell that the left sock was pulling down and thus showed more leg.  However, the right leg just isn't correctly proportional and by the time I noticed it, I'd spent hours on drawing, inking and coloring and had been fairly certain that it looked right.

Lately, artwork like this has set me back quite a bit.  I realize that without much more practice, I'll never be much better than this, and with work and life in general, I just don't take the time out like I'd like to.  I wanted to do this for me.  I wanted to prove to myself that I was still a decent artist and I could pull something off if I needed to in a pinch.  What I've now realized is that I'm out of practice and sadly depressed about it.

I keep trying to find that younger me who drew things and found that she liked those things.  It doesn't matter if I look back on those drawings and see the flaws now.  When I originally drew this picture or that, I liked them, and I still look at them fondly.  Now, when I put pencil to paper I just see flaw after flaw, and no matter how long I spend trying to fix those problems, I can't get them right.  I realized today that I needed a model to do this drawing, so I had a figure that I based it on in order to get the positioning right.  For the most part, she has a good shape, the arms don't look too bad, the shoulders and angle are pretty tidy.

The problem is, what I wanted to use this drawing for, is for a program cover, but I can't.  Now when I've had better artists doing the covers over the years that are so much better than me.  How can I say, "let's go back to my artwork." ?  I can't.  I hasn't improved.  It isn't better or at least of equal quality of those others, so how can I use it?

And when I tried showing it to other people, I got no response.  Just as I expect not to get a response out of this post either seeing as though only a handful of people will ever see it.  But that's okay, because I had to put it somewhere, all of those hours of work I put into it, it would be a shame never to see the light of day.  But then again, quite a few of my drawings lately have ended up like this.  Maybe she'll be a tiny button where the knee won't even show.  Oh well.
Posted by Milly Thompson at 5:39 PM No comments: