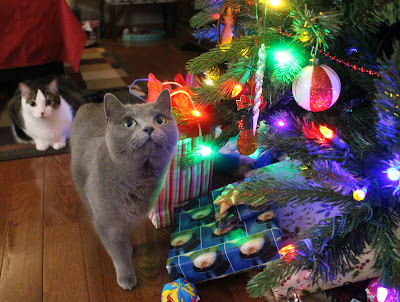 So, 2016 has been a roller coaster for most of us (including me).  Some really great things have happened, and there's also a lot of things that were bad.  I'm not entirely sure if 2016 was exactly bad for me though.

At the beginning of 2016 I had been in my 'new' position at work for about six months, doing the same work I had the year before but for almost 2/3 less pay.  I was miserable.  I didn't have to deal with the regional manager as much, but things were falling apart at work and I was on a job hunt, trying to find something else that might make me happier.  I was depressed for a good portion of the beginning of the year.  Eventually spring hit and things got a wee bit better and I spoke to my doctor about the possibility of taking medicine.  What I discovered though, was that a lot of my bad mood was between medicine I was already taking and the lack of creative things to keep my mind busy.  So during the spring/summer I was still sort of miserable, but learning to cope.  I got into following the political race and watched the news regularly and started to learn more about things that were going on around me.

Mind you, I was also stressed out about a ton of things and it was still mostly miserable, but I coped, I got through, and even though my candidate lost the election, I felt like I tried and that was good.  On the plus side, we still had Obama through 2016, so in reality, 2017 will probably be worse.  But I digress....

Life did get better or maybe worse at the end of 2016.  I got my 'old' job back, but with less pay, but with the option of eventually making that same amount again given enough time.  I lost a bunch of co-workers (including the regional manager) so things changed quite a bit.  The stress of Christmas and the holidays still weighs on my shoulder as we try to get over the hump and get going on our next season, but I've found I can work at fighting my depression a bit better than I had at the beginning of the year.

Looking on the bright side of things, since Pokemon Go came out I've walked a whole lot more.  The summer was a pretty fun time for me and I met a lot of people out on the streets.  Not so much now, but that's okay because I got out and walked.  Even now that it's cold outside, I'm still walking.  I'm down 16 pounds from spring and I can see a definite change in my photos from a year ago.  I still have a long way to go, I'd still like to lose another 20 pounds and see what it feels like to be 'skinny' and I'm planning on starting up my exercise routine again come the new year.

I'm not making it a resolution though, I'm making it a 'health decision' as 2016 has thrown a number of things at me such as sore wrists (from something like carpal tunnel) and also a bad elbow (most likely arthritis) and a bad heal (bad shoes...can't seem to get that one right yet) and a hernia in my lower intestine (which I have a plan to talk to my doctor about in the next couple of months) and this strange heart murmur thing when I have gas buildup in my stomach (thanks acid reflux!) so I'm not even 40 years old and it feels like my body is already saying 'enough is enough!'  So that's why I think getting into something low impact like yoga and my Pokemon Go walks is the right way to go.

Where will I be a year from now?  I'm not entirely sure.  I hope 2017 will find me in a good place, but I may have to just drop off from following politics for awhile and sort of ignore the world for awhile.  Maybe 2017 will be a time for ME and getting myself centered as a person.  I felt that I was always a happier person when I'm creating things, so working on that might be the way to go.  At least giving myself meaningful projects (I was given a dollhouse to work on this year) might be something that I can work on to keep my mind busy.

As the sun sets in about an hour or so, and the last few hours of the year draw closer, I do hope that I can make a good attempt at enjoying my year in 2017, and I will wave farewell to 2016 and hope that it doesn't prove to be a better year than we had thought.
Posted by Milly Thompson at 3:44 PM No comments: