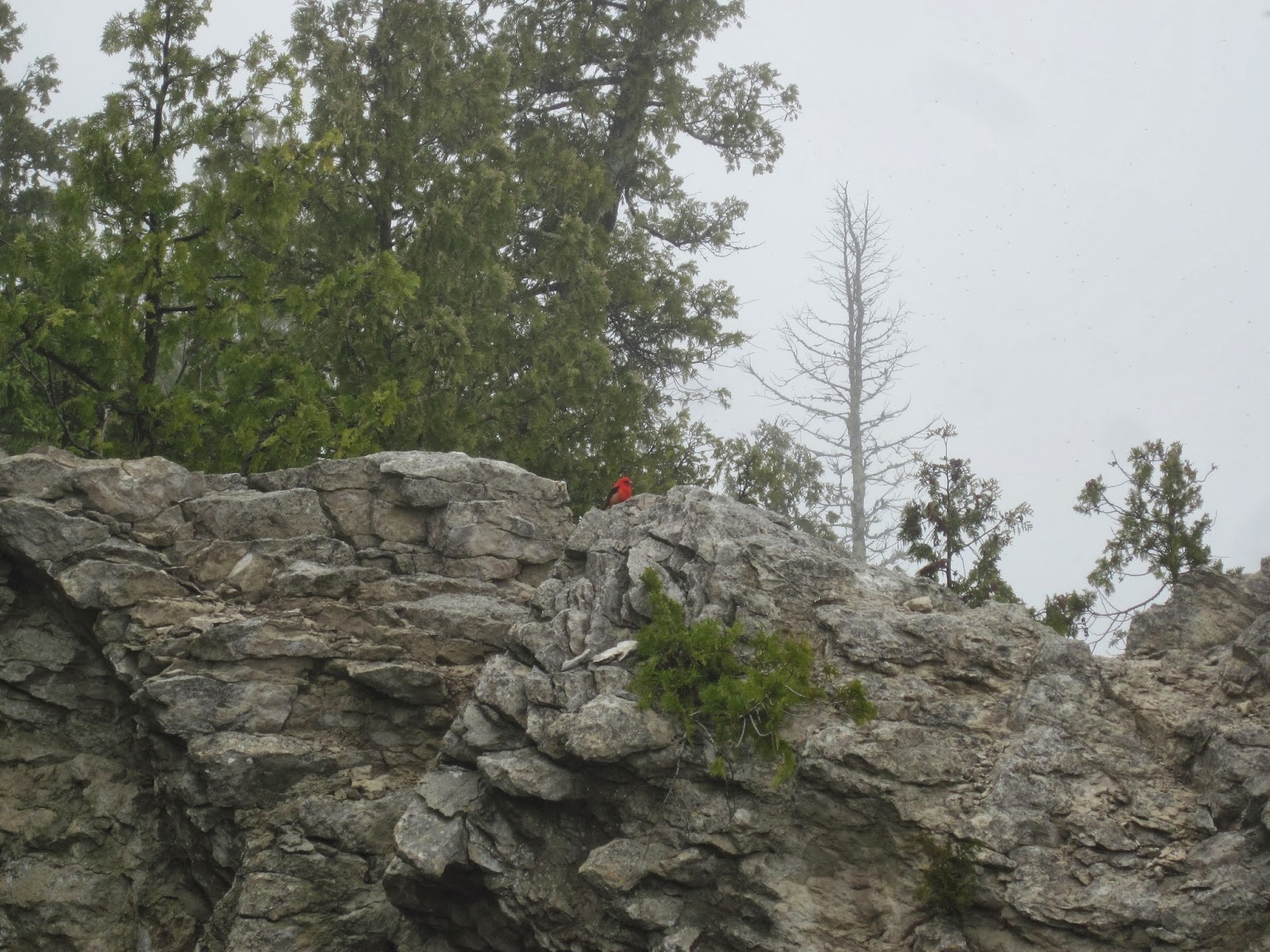 I've never been sure if there are distinctive levels of birdwatchers.  I have heard different prefixes in front of the word 'birdwatcher', ranging from 'amateur' to 'avid' to 'professional', but I'm not sure what distinguishes the levels.  There may even be a few more levels that I'm not aware of.  I'd imagine there are even a few categories that describe people who know what birds are which but don't care to look for them or feed them or hazard a second glance when they see one fluttering in the woods.
On the other hand, I know there are quite a few people out there who not only know what the birds are, they hunt for them specifically, and even others who make a living out of showing people where to find these birds.  In fact, there's an entire documentary I watched on Netflix about some of these professional birdwatchers. 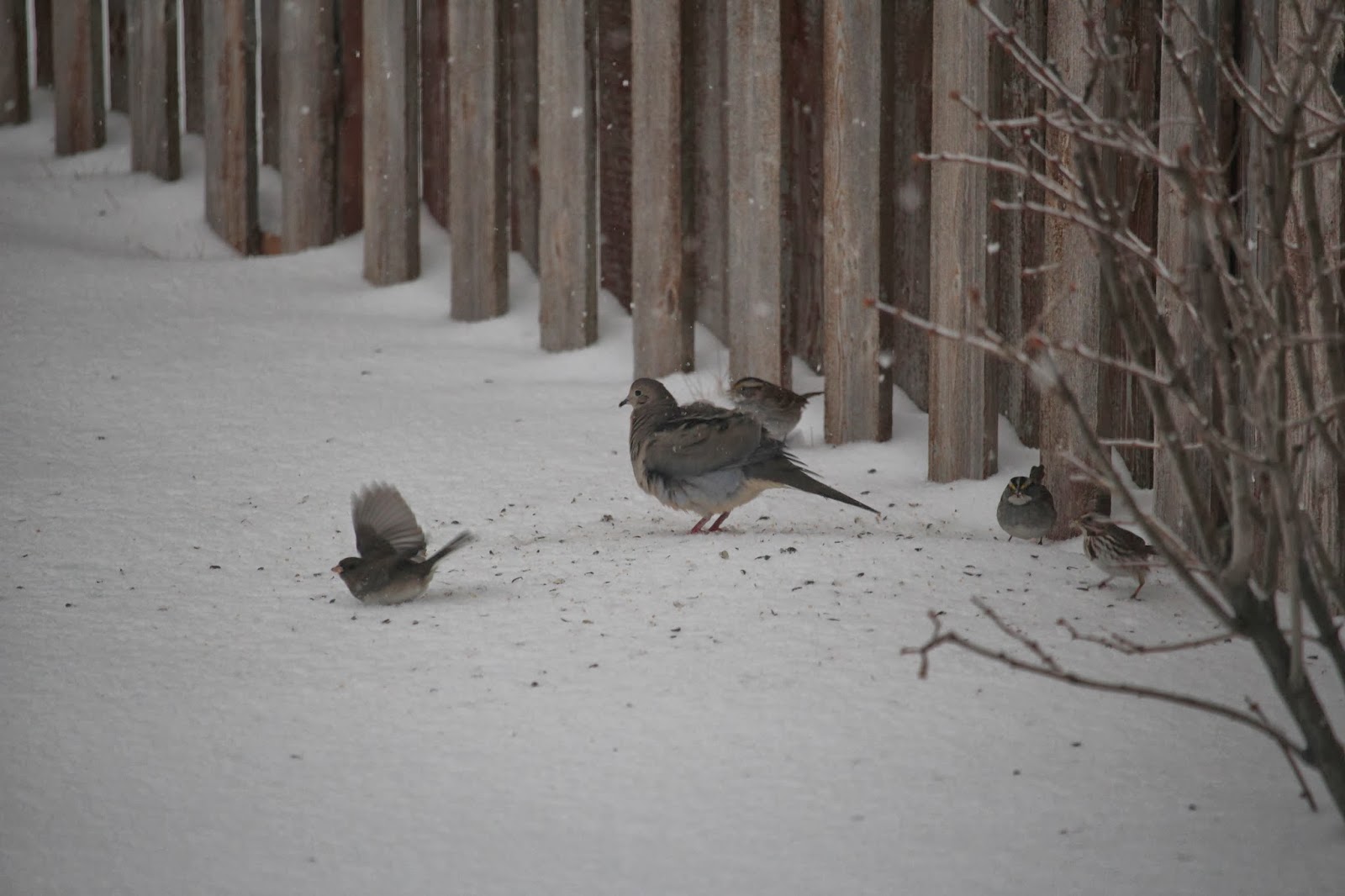 I am not a professional.  I don't make a living at it and there are a whole lot of birds that I've never seen in person, even if perhaps I know them by name through looking at books.  I'm not avid, and I'm not amateur... so there must be a category for what kind of birdwatcher I am.  However, I've never spoken with enough birdwatchers, so if you know what kind likes to feed birds, likes to look them up in books and take pictures of them, well, then you've got me down.
Birds are a wonder to me, and I've always been interested in the different species that live around me.  When I lived up in Michigan, there were a dozen species I'd see on a regular basis.  Robins, House Sparrows, House Finches, Flickers, Starlings and Grackles were the main birds I remembered being able to name throughout my childhood.  Of course, at the time I called House Sparrows, "Chickadees", and it wasn't until much later in my life that I saw what a real chickadee looked like.  My grandmother had a tin windup toy of a House Sparrow, but we always called it a chickadee so I never knew what it was.  Of course, there were also Cardinals and Blue Jays, Seagulls and Crows, the random woodpecker (red-throated mostly) and a dozen other passers by like the random Baltimore Oriole I spotted one summer.
Now that I'm an adult (ahahaha) and living in my own house, I had to have bird feeders.  I have two of them currently on a backyard fence.  One of them has a standard songbird mix, another is a mix with various small millett seeds and thistle (or I guess it's called Nyger).  I never had goldfinches growing up at my mom's house, but my Great Aunt Doris always had a goldfinch feeder and now that I'm older I have a few nesting pairs that come to my feeders. 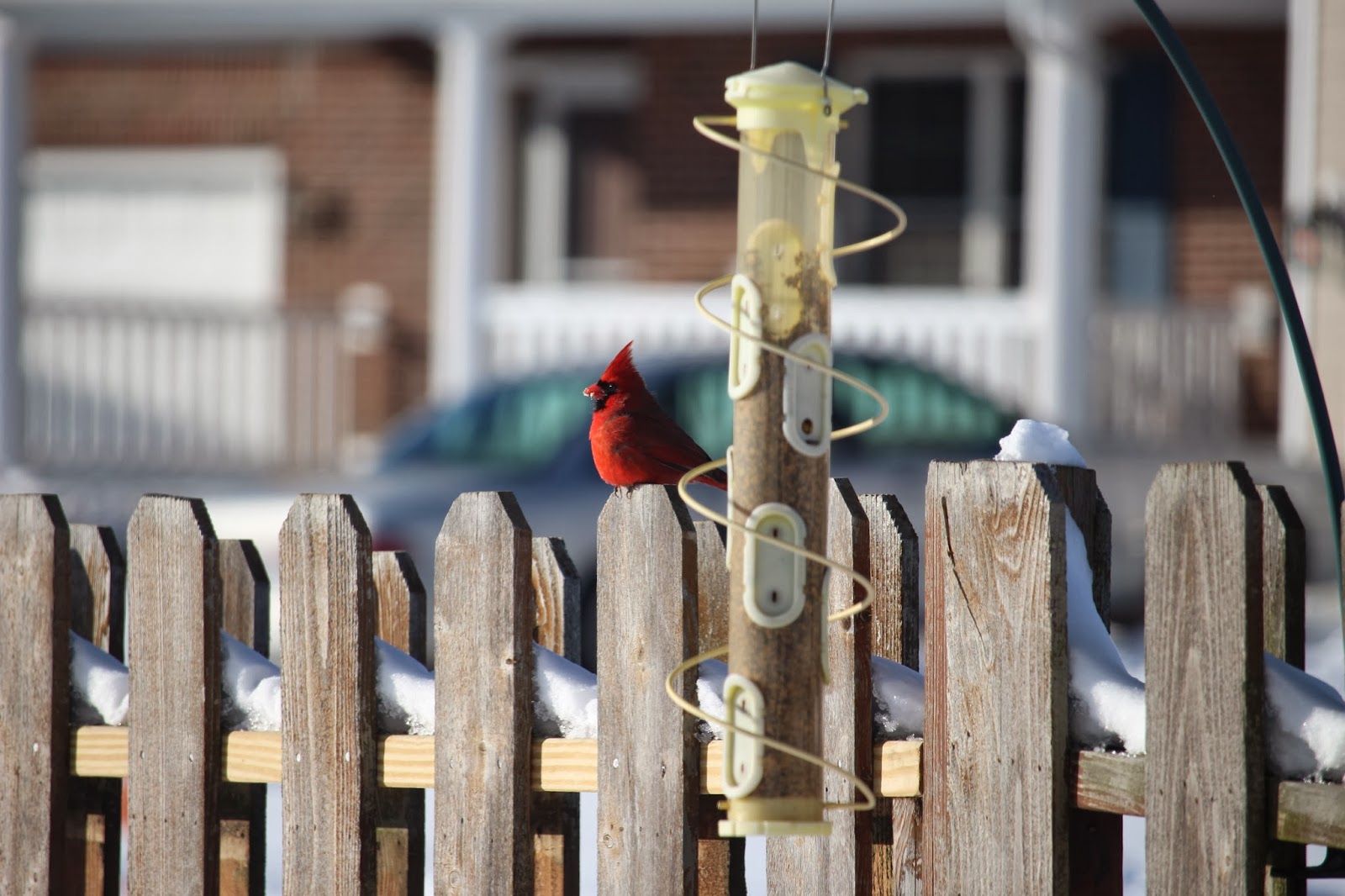 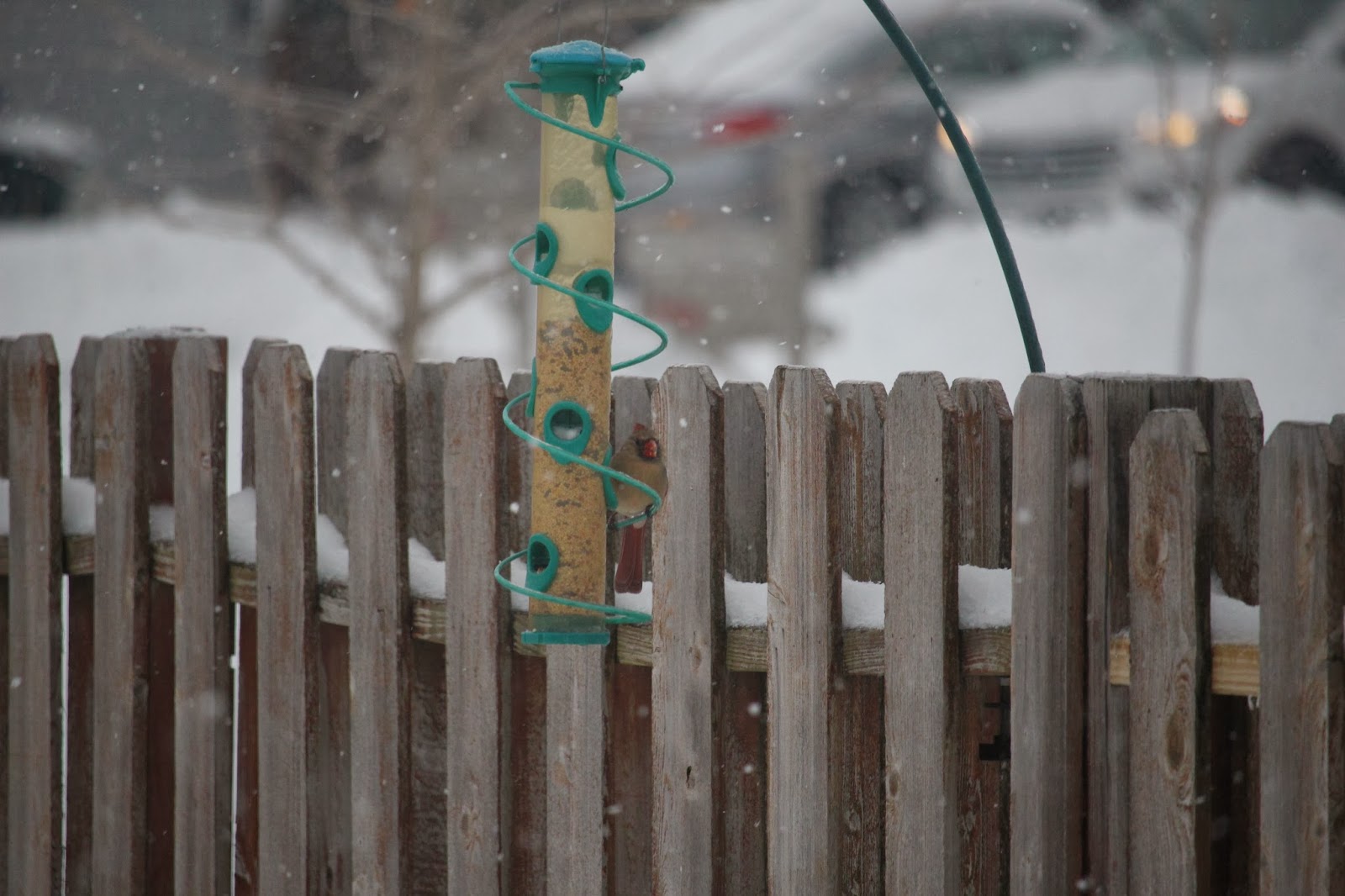 Now, if you're not a birdwatcher, some of these species of birds may be familiar to you in the photos, some may not.  The first one at the top of the page was a Scarlet Tanager that I spotted on Mackinac Island, MI.  The second photo is of a group of birds during one of the more recent snowstorms.  The biggest one being a Mourning Dove (one of my favorites still to this day as it's call reminds me of my grandmother) and Slate-colored Junco (flapping it's wings) and a few others like a song sparrow and white-throated sparrow.  I have an awesome photo which I have yet to upload to my computer of a bunch of house sparrows flying up over the fence that I'll need to post in the near future as it's a fascinating photo - all of the birds hurl themselves up into the air at different rates and angles.
The two photos above and to the right are my breeding cardinal pair that live nearby.  I believe they take up residence in the more mature trees by the railroad tracks, but when the feeders are full they like to visit.  These photos were taken on different days (as you might be able to notice) and my yellow feeder has now been replaced by a better, more sturdy version.

Just recently I participated in the Backyard Bird Count on Valentine's day.  I had hoped to participate more days in a row but my work schedule made it awfully hard.  Plus, when the feeders aren't full to brimming (which happens only 15 minutes or so before a group of house sparrows or starlings breeze in and completely empty the songbird mix) I usually get a very small group of birds.  I have about 3 pairs of mourning doves that come to my feeders quite a bit.  Two nesting pairs tend to use my fence as a good place to have their babies and since the first pair arrived, they had two babies the first year that survived to breed somewhere nearby, and a single chick that survived last year.  On some days all 7 or so will sit out on the fence.  I have a few gold finches who are just sleek and brown with little dashes of black and white until their spring plumage comes in.  The cardinal pairs and an occasional hawk that disturbs the whole thing by hanging out on the fence.  Add to that an occasional pair of mallards, and a mockingbird...that about rounds up the group.
This spring though, I'm looking forward to adding suet to the mix and a couple more feeders, so hopefully I'll be able to start adding new photos to the mix.
Posted by Milly Thompson at 3:52 PM No comments: