Being a House Guest or Host

I really think this is a subject I should cover today, since the beginning of the new year I have been both a house guest and a host at multiple places over the past month.  Actually, I've been hosting at my house for awhile now, various different Dungeons & Dragons groups, and family members and I've begun to think that people just don't KNOW how to be a host and how to function as a good house guest.  So... I've come up with a list of things I've noticed lately that people tend to really screw up a LOT.  Here goes:


If you are a HOUSE GUEST:
(that means you're either visiting another's home or staying somewhere else)


If you are a HOST:
(someone is staying or visiting at your house)


Hope this is handy for everyone!  If I find more things I remember I'll add them later!
Posted by Milly Thompson at 3:32 PM No comments: 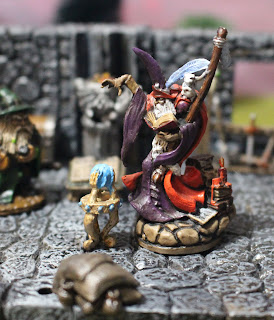 So, it's the last day of January, 2019.  It's barely above zero degrees today, but super sunny and clear.  We went out for donuts this morning and brought them home to eat with our own home-brewed coffee rather than the so-so stuff they sell at the donut shop.
Why am I rambling about this?  Because, perhaps, I have nothing better to do, just thinking back over last year and thinking about what I REALLY want to do THIS year, as there are a couple of really big milestones that I hit this year.
The first one is I get to celebrate my 10th Anniversary to my husband.  The second, I celebrate my 40th birthday.  Guess I'll have to change my blog's description from a "thirty-something" to a "forty-something" very soon, eh?
I find, though, that even though I'm looking forward to both, I'm also not looking forward to the stress that undoubtedly I have to go through in the meantime.  I wish I were a wizard (hence the picture here) that could just foretell the future.  Or, even in a hazier sense, see if I get to enjoy myself this year rather than just following along, wondering what I'm doing with my life.  I surround myself with things I like, but as I'm sitting in my computer room, I'm thinking seriously that I need to change things up, that things are stale and I'm unhappy with a lot of things.  Maybe that's the reason that I have been so unhappy lately - that even though on a smaller level some things have changed, there's also a lot of things that haven't changed and maybe I really need to do something about it!
The problem with days like this one, where I feel trapped inside and find myself staring aimlessly at the computer screen or television, my mind goes blank.  I sit there thinking, "what did I want to do today?  What should I accomplish today?  Where do I want to go?"
And when it's cold, or raining or snowing or just not a sunny day, I sit there going, "nope, nothing I need to accomplish, and it'll be annoying to go out today, and I really don't need to buy anything anyway."  But maybe by the end of the night I realize I was supposed to do the laundry today.  I had wanted to clean the sheets on my bed and the towels in the bathroom. That I want to clear off my desk in my room because it's become too cluttered.  That I need to change the pictures on the walls because I'm tired of looking at them.  That maybe I should have gone out to take my books to the used bookstore to sell off because they're collecting dust and I haven't actually read them in a decade.
So, what did I accomplish in January?  To sum it all up, not much.  I had a week off of work in order to recover from the holidays, only to return to a disaster as if nothing had been done while I was gone, and I had to make up for every single thing that I didn't do while I was gone.  And then three other keyholders all went on vacations and I suddenly have to do ALL of THEIR work TOO!  So here I'm catching up on MY stuff that THEY didn't do, and keep up with all of THEIR work, because I wouldn't just leave it for them!!
All the relaxing I actually managed to do was destroyed.  I got one weekend where I got to hang out with some friends, but by the end of it I'd dropped too much money on the most awesome leather bodice (which I'm sure I'll wear a whole lot more once the weather gets better and I have conventions to go to again) and yet I was also super annoyed that my house guests, although they thanked us briefly for letting us stay with them, also didn't follow our house rules, destroyed the guest bed, and never said a word about the fact we cleaned off their car for them from snow before they left!  I really didn't want anything to do with them at all when they left, especially since they were so grouchy at us as we took them back to our house so they could go home.  What kind of appreciation IS that?
There...now I have a title for my next blog...house guests.... stay tuned!
Posted by Milly Thompson at 3:04 PM No comments:

The sun is shining.  Didn't do that a whole bunch in 2018 (I think where I'm at there was a record for most cloudy days, and most rain) so it's sort of a rare occurrence to see the sun.  At first I thought that was perhaps the reason for the majority of my depression.  But now, I'm not quite so sure.  I think it's where I work, or rather, who I work for, and that stress, has caused both my depression and my anxiety (or perhaps it has caused my anxiety which also causes my depression?  I'm not sure).  Either way, I'm starting to really think that medication doesn't really help anything, and only getting a new job (or a new boss, perhaps) would solve matters.

It's a struggle.  Every single day I feel like I'm the second mate of a ship that is sinking.  The Captain is standing up on the top of the boat, ordering people to keep raising the mast and steering the ship - but completely ignoring what's going on below decks.  Each person below is plugging their tiny holes, but then instead of helping with the biggest gouge at the bottom of the ship, they pretend like everything is fine.  So I'm at the bottom, standing in three foot of water, hauling one bucket up at a time because I can't get anyone else to help me seal up the hole.  When I do get someone to help, the Captain drags them away to help mop the deck or repair the sails, or some other task that doesn't help the bigger issue!  And this, I figure, is how I am going to drown eventually.  Either I go down with the ship and drown in the hull, or I go up top and jump over and try to make a break for shore.

There, that metaphor is about the closest I can come to what's been going on and why I'm so stressed out all the time.  Sometimes I just go down and start bailing water, and other times I pound a nail or two into a stray board to help seal the gap, but most of the time it just doesn't help and I want to sit down in the water and let myself drown in the water and my own tears.

But I also have another issue.  I don't feel like I can jump ship, because I know something big is probably coming in the world, perhaps another depression or recession.  My husband's job is cutting people again and moving into smaller digs and there's still talk off and on about him perhaps not having a job sooner than later.  So, what if I did jump ship?  What if I couldn't make it to shore in time before I found another 'boat' going my way?  I'd love to be able to just jump and go into a part-time job somewhere, start from scratch and perhaps get my head straight again.  I just worry.  What if next week he's out a job?  What if he can't find one again right away?  What if I have to support us?

Then thinking about the future kicks in.  What if I were to just take care of myself for awhile and then something happened to my husband?  I never want to be in a position like my Mom is where she didn't have a job most of her life, has loads of debt because my father apparently didn't instill in her the same money sense he had (I'm not sure who was really do blame here) but I see her struggling because she and my dad didn't save for their retirement and she's just barely squeaking by.  I don't want to be that person.  Our house isn't paid off, and I would really like to be able to live here the rest of my life, and take care of everything but it bothers me day after day thinking that something could go wrong, so why change things?

Because...I'd be happier.  I wouldn't be depressed all the time....right?

Wouldn't that make me a better person?

But I don't want to struggle, either.  I know I should take chances and better myself, but I also like this fairly secure (or is it?) life that I have currently.


Hopefully 2019 will be a good year, but I just don't know.  And that stresses me out too.
Posted by Milly Thompson at 11:16 AM No comments: