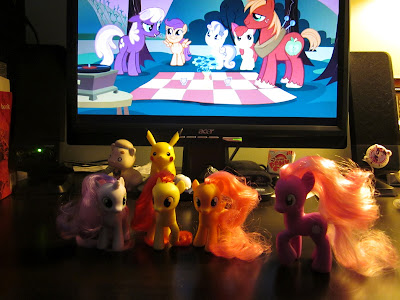 Surprisingly, after I wrote what I did about Valentine's Day, I got a fire lit under me and sent out some valentines cards to various people in hopes they'd get them before the holiday.  As for my husband...he'll have to wait and see!

I ended up discovering that indeed, I DO have to work on the holiday so most likely we'll be doing our celebrating the day or so before, hopefully I'll get my Olive Garden gift cards in the mail so we can go there since I'm pretty much a crazy pasta lover at heart.  I know there are better Italian places around town than the OG, but you know what?  I've had their food since I was 12...maybe before, I don't know for sure when the first one opened in my town, but I do recall very clearly ordering off of the kid's menu when it did.  Part of that fat blog I did I believe mentioned how often I went out to eat as a kid.  We went to the OG at least once a week and quite a few of the waitstaff knew who we were, how we liked our salad, and that sort of thing.  Ah...I still like it even though I tend to get the runs after I eat there...

Anywho, today was catch up on life day.  What I mean by that is that during the winter I'm incredibly sluggish.  I'll spend the majority of my time watching TV and zoning out (when I'm not at work) and many days I'll look back on what I did and not even really recall what I was thinking about during that day.  I suppose most of the time I'm just looking forward to some other day.  So when I get out of this slump (I think perhaps it's a type of depression, although I've never been diagnosed since I'm usually so lazy I can't get myself to a doctor) I usually do a bunch of stuff I've been holding off on doing for months.

Today was go to the dentist day, which turns out to be almost exactly a year since the last time I went since I couldn't get myself to make an appointment until last week.  Then I also went to get an oil change for my car, which kind of needed it even though I hadn't gone 3,000 miles yet but it has been over 4 months...I don't drive much but my car's on it's 10th birthday this year.

Also thought I'd do that Valentine card thing as well as a bit of shopping where I scored all of the school pals for the new MLP:FIM set that just came out with Cheerilee - although I already had her, she's got her leg raised unlike my previous toy.  I'm quite excited to get them and here two days before Hearts & Hooves Day which will be airing on Saturday...I'll be working, I'm glad I have TiVo...

Anyway, I guess I'd better go make dinner for my 'special somepony' since he's on his way home from work. Oh, hey, I also made homemade brownies that rivaled Ghiradelli...buahaha...and tonight is also homemade ice cream night!